skip to main | skip to sidebar

Ok, ok so I only did one entry about my California trip!! I'm so sorry, but we were really busy and then when I got home it was back to life (a.k.a work)! However, I wanted you to know that I made a few videos on my trip, so you can see all the trips we made. To see these videos just go to my Youtube channel. Please check them out and rate/comment if you feel so moved! LOL I had lots of fun making the videos (and I discovered my computer has a nifty little movie making program, so I was able to add effects and transitions!! Yay me!! LOL), so enjoy!!
Also, I took tons of pictures, which you can still find on my Myspace page. Just click on my picture and then go to the California photo album!! I meant to post a bunch of them for WWWAT, but I got back late Tuesday night and Wednesday was insane, so alas, I did not get to post. :( Oh well, maybe next time. :D

So, today (Friday) we headed out and went to wine country - Napa Valley, California!! The land here is much different then I remember/thought it would be. It's insanely flat around Modesto, being the valley, but as we drove towards Napa we encountered the hills, and saw the mountains in the distance.
Our first stop was Sweetie Pies, a cute little bakery/cafe in downtown Napa. They have an amazing selection of individual pies, cakes, tarts, and other homemade goodies that all look so amazingly good! Then we walked around downtown a bit. I took this picture of a cute church in downtown: 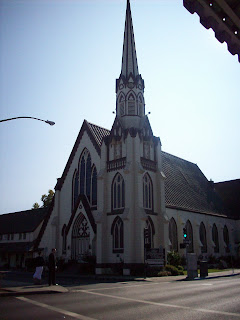 We'd planned to go see a geyser not too far from Napa, so we decided it was time to head that way. The geyser is called the Old Faithful Geyser of California. As the geyser erupts it makes beautiful rainbows! 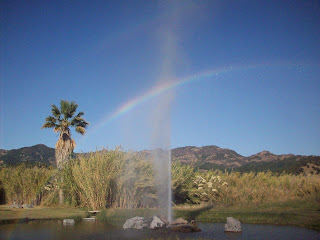 Here we are in front! The sun was shining and, try as we might, we just could not escape the shadow on the face shots! LOL 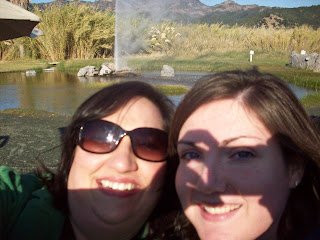 Fainting Goats, that sadly did not faint for us: 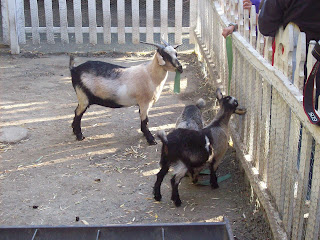 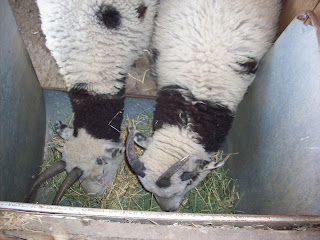 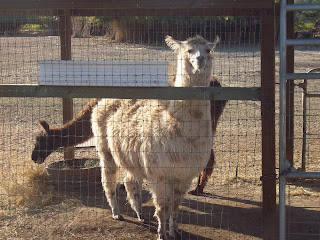 Afterwards we decided to head back to Modesto, and that's when we saw the smoke. Yes, a wildfire had broken out in the 45 mins we were at the geyser. It was kind of sad, because it was near houses (beautiful houses), but being the tourist I took a few shots (yes morbid, I know). So here's the plume: 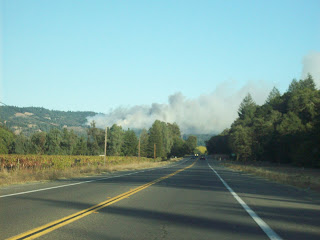 So as we left the sun was setting over the vineyards . . . 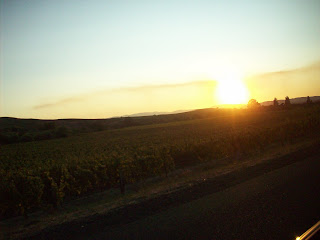 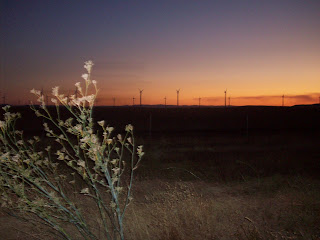 And that was our day in Napa! Tomorrow we're off to Lake Tahoe. It's going to be cold, with possible snow in the morning! Needless to say I didn't exactly pack for this kind of weather, so layers are my friends! But they're having an Oktoberfest celebration in Tahoe City, so we'll be checking that out. I can't wait, and will take tons of pictures, so come back later to check them out!!

P.S. For more pictures of Napa, check out my MySpace page and the California picture album!

Yes I am officially on vacation in the lovely state of California, visiting a friend for 6 days. I hope to have lots of things to tell you and lots of pictures to post. Nothing today, as I just arrive very late last night. However, I wanted to share my excitement with those that come upon my blog. :D So enjoy your week, and I'll keep you posted!!

Posted by Christin at 3:40 PM 0 comments

Christin
I am a 29 year old nanny. Not where I thought I'd be at 29, but living life to the best of my abilities.

Blogs I love and you will too!